Days 1 and 2: Home to London, England

I arrived a little more than two hours early at the airport for our 3:30 flight to Detroit and discovered I was almost the last one there. The seven members going with me to London were:

﻿﻿﻿
We left Grand Rapids for a pleasant 30 minute flight to Detroit Metro Airport. Our flight left on time from Detroit and we were off to England. Everyone but June had the very back seat on the plane, which was unique. We played games, watched movies and tried to sleep in preparation for the next day.

We got to London on time at about 7:40 am local time. The flight was 7 hours and 3 minutes. Sadly, we spent about an hour and a half in line to get our passports processed. The fellow who helped us get to the back of the line (about 3 “blocks”) said budget cuts were to blame as well as not handling the arrival schedule very well. We met up with a group form Texas after we got through the line. They had 12 people in their group.

An EF representative took us out of the terminal and we met Chris Mulhorn, our tour director. He had been with EF about 16 years and is from England.

We all got on the bus with our bags and started heading to London. He gave us a nice welcome and pointed out a few things. My group did very well to try and stay awake to hear it. The ride was long with plenty of stop lights that took a couple of minutes to complete. I was nodding off and I had managed to get some sleep on the plane.

We arrived at our hotel, the Premier Inn at the Docklands. All rooms except 3 were ready so we took a half hour to move in and freshen up. Chris took us to the nearest railroad station from the hotel and we headed back into town. We connected at Tower Hill and took the metro tube to the station Embankment. We got out and had a half hour to walk around, getting something to eat and exchange money. I used my credit card and got 100 pounds. The exchange rate was £100=$160.04.

We continued our walking tour of London. We got the brief history of Charing Cross. It is one of many cross-themed statues King Edward I as a memorial to his wife, Eleanor. 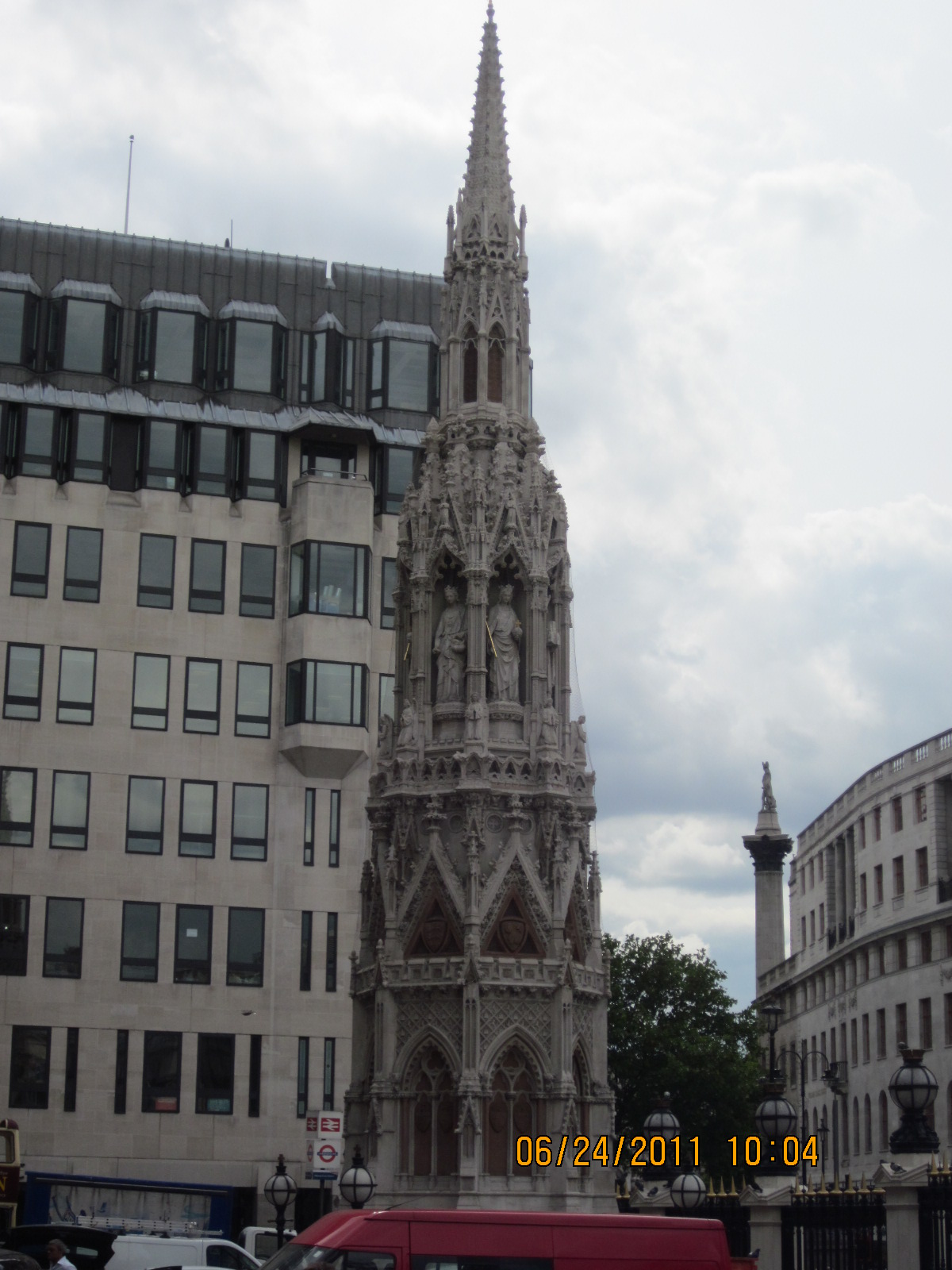 We visited Trafalgar Square and got a history lesson on how the war at the battle of Trafalgar in Spain resulted in the death of Lord Admiral Horatio Nelson. They put his body in a cask of alcoholic drink to help preserve his body. Some legends say the sailors would take some of the alcoholic drink and say they were drinking to Lord Nelson's health. 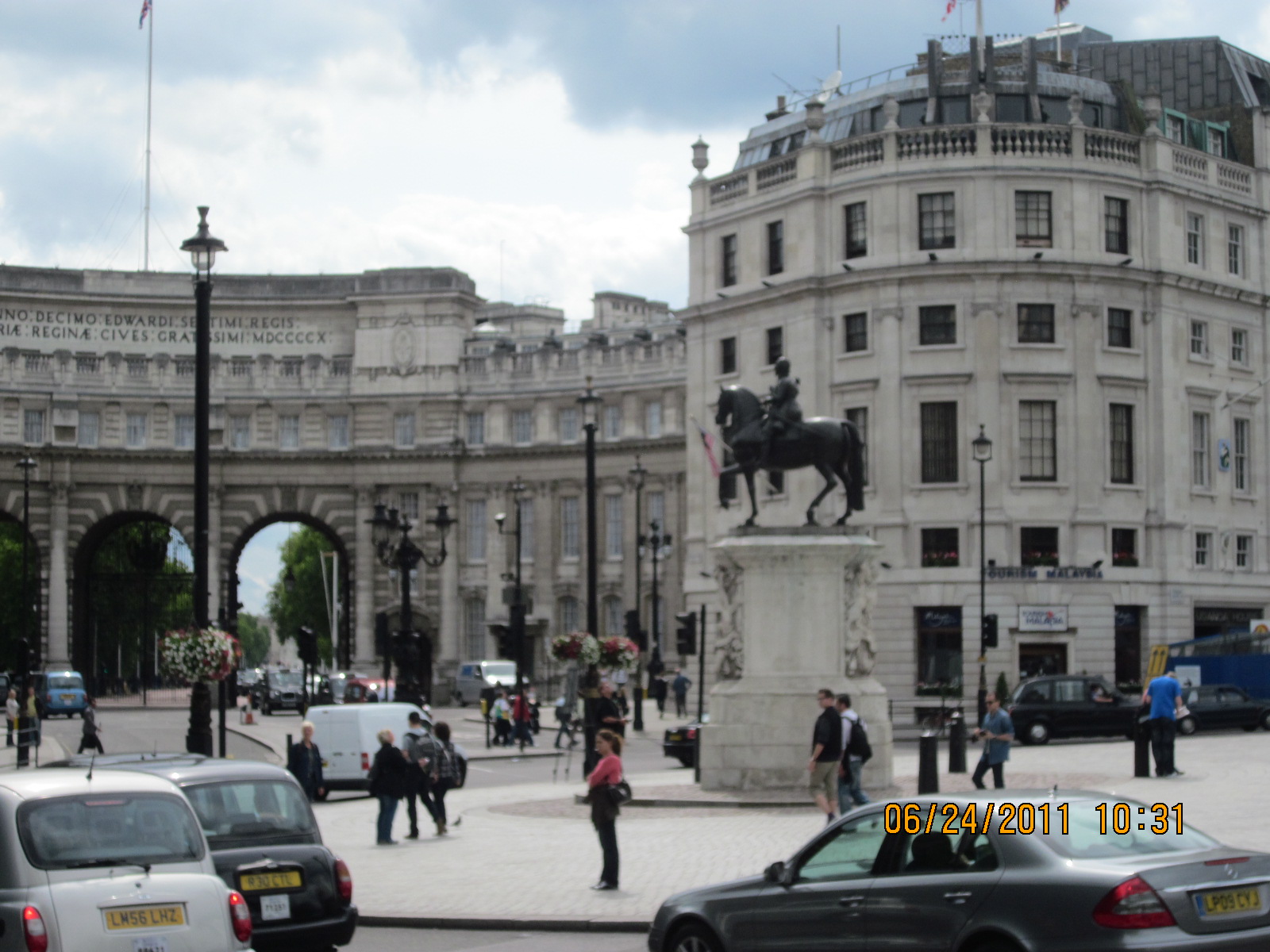 Charles I at Trafalgar Square 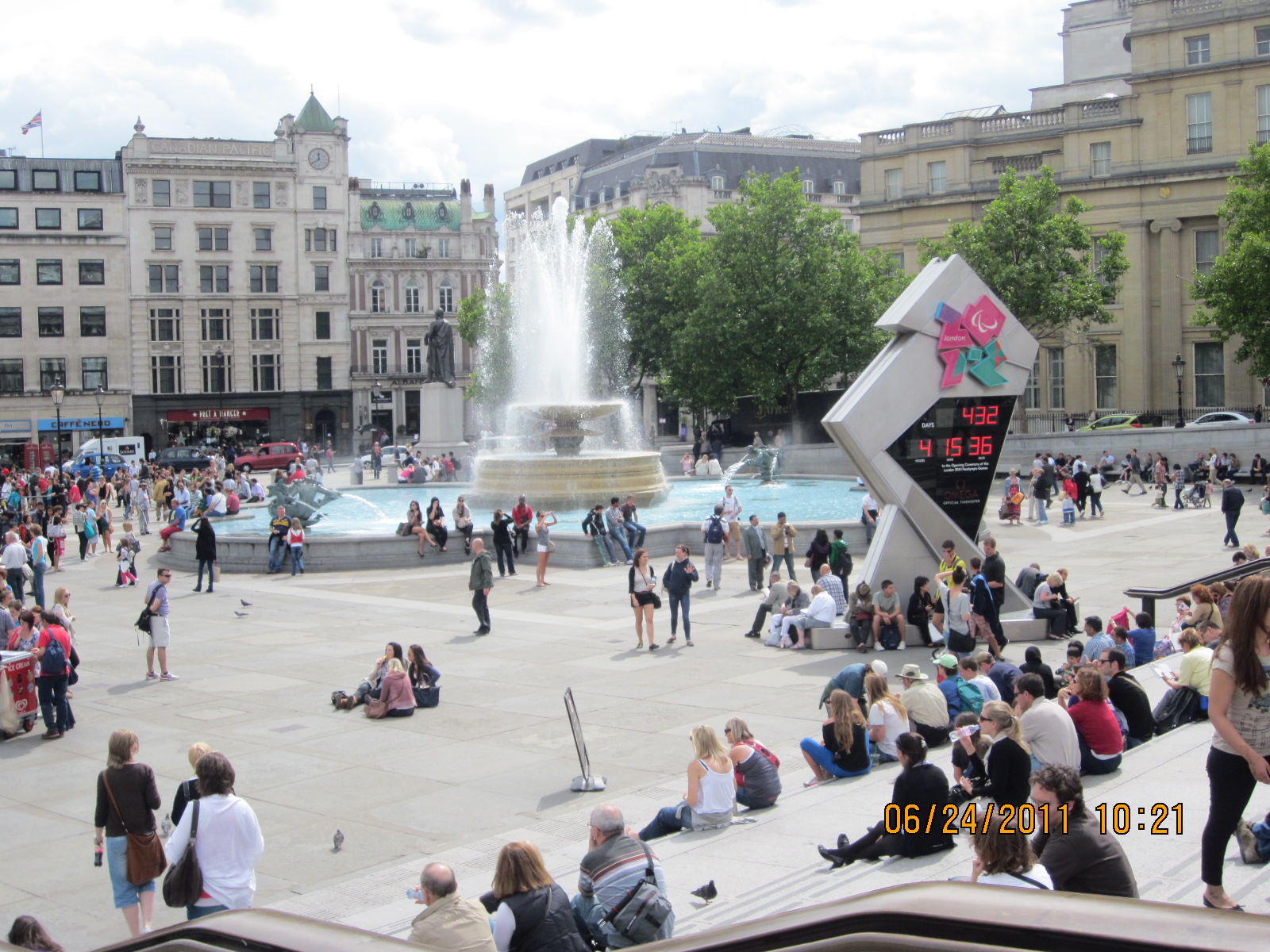 Countdown to the Olympics 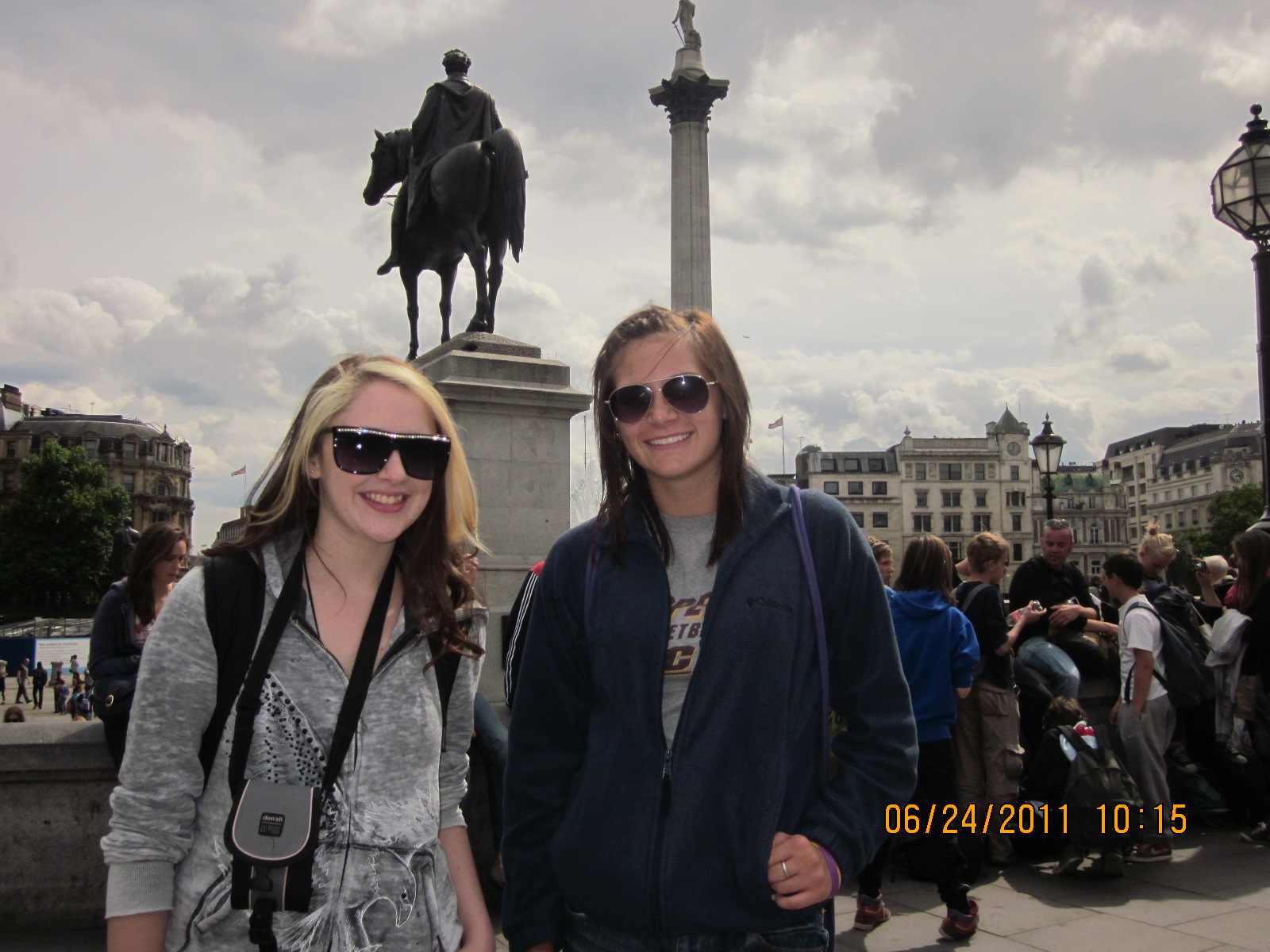 Ashley and Betsy at Trafalgar Square

We also saw one of the original sites of a Charing Cross, now replaced with a statue of Charles I on a horse in Trafalgar square. Distances in London are measure from their distance from this statue.

We walked to where our fish and chips meal was. It was a restaurant called Mr. Fish. We had cod and french fries. The restaurant made sure that there was ketchup to be had. We came back out of the restaurant and it had cooled down. The group was pretty tired and so most decided to go back.

The other groups traveling with us were from Kansas (a big group of high school kids and a smaller group of college kids). I did bed check at 8:00 pm and the students were ready for bed.
Posted by Unknown at 12:53 PM